Adrian Grima’s participation in the New Literature from Europe Festival in New York City is being coordinated by Arts Council Malta and Dr Laura Falzon,

In fiction, lies can tell the truth, but in today’s public discourse, reality is under attack, and lies are sold as truths. What is the relationship between truth and reality when it comes to words? Five writers discuss how they navigate the intertwined realms of private and public narratives, and the social responsibility of the writer when words can powerfully influence public opinion. 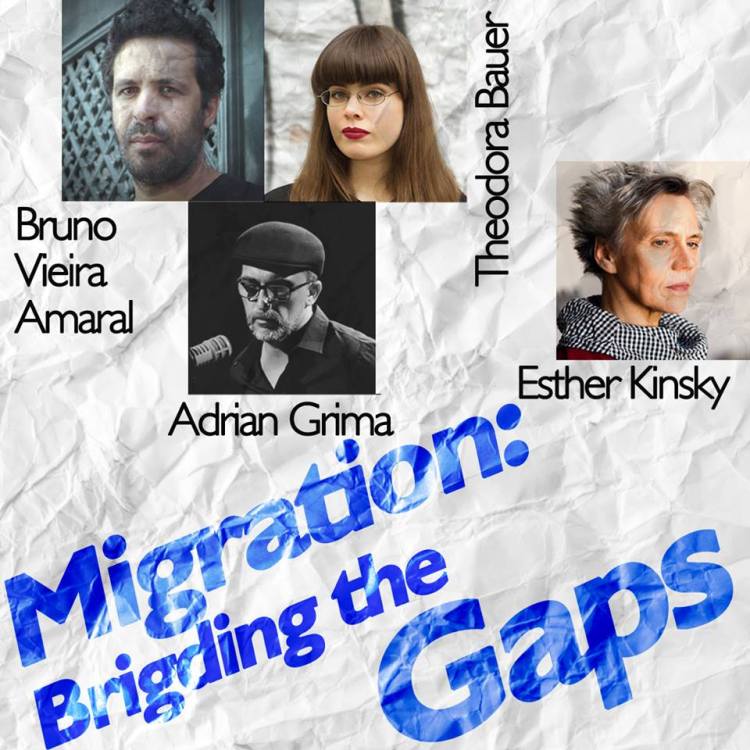 Bruno Vieira Amaral (Portugal), Theodora Bauer (Austria), Adrian Grima (Malta), Esther Kinsky (Germany),
Moderated by Nermeen Shaikh (DemocracyNow!)
Conflicts around migrations are currently playing out on both sides of the Atlantic, resulting in rising anti-immigrant sentiments and the resurgence of populist movements. Festival writers, who have eloquently written about narratives of past migrations respond to the current situation. Can these past narratives help us to reframe some of today’s issues? And can Europe and the U.S. learn from each other in these challenging times?

Nermeen Shaikh is a broadcast news producer and weekly co-host at Democracy Now! in New York City. She worked in research and non-governmental organizations, including the Sustainable Development Policy Institute in Islamabad and the International Institute for Environment and Development in London, before joining Democracy Now! She studied politics at Queen’s University in Canada has an M.Phil. from Cambridge University in England. Nermeen Shaikh is the author of The Present as History: Critical Perspectives on Global Power (Columbia University Press).

About the New Literature from Europe Festival (NLE)

The New Literature from Europe Festival (NLE) – New York City’s top European literary event – returns to the city for three days of conversations, panel discussions and readings (November 27-29, 2018). Now in its 14th installment, the festival brings together leading and emerging voices from 14 different countries with some of today’s foremost authors, editors and translators to celebrate cultural diversity and heritage while addressing the current challenges of globalization and migration. Come hear important new voices in translation, discover new ones not yet known on this shore and engage in a vital cross-cultural exchange for better understanding and kinship among cultures.

Adrian Grima (b. 1968) is the author of numerous poetry collections and short stories in Maltese. He was awarded second prize in the Premio Tivoli Europa Giovani for young European poets. In 2008, his book of poetry and essays on climate change, co-authored with Immanuel Mifsud, won the Special Prize for Creativity in the National Book Awards (2009). His most recent English publication is Last-Ditch Ecstasy (Paperwall Media & Publishing, 2017), translated by Albert Gatt. Passionate about issues dealing with Europe’s Mediterranean cultural heritage, Grima served as the artistic director of the Malta Mediterranean Literature Festival until 2018. He teaches at the University of Malta.