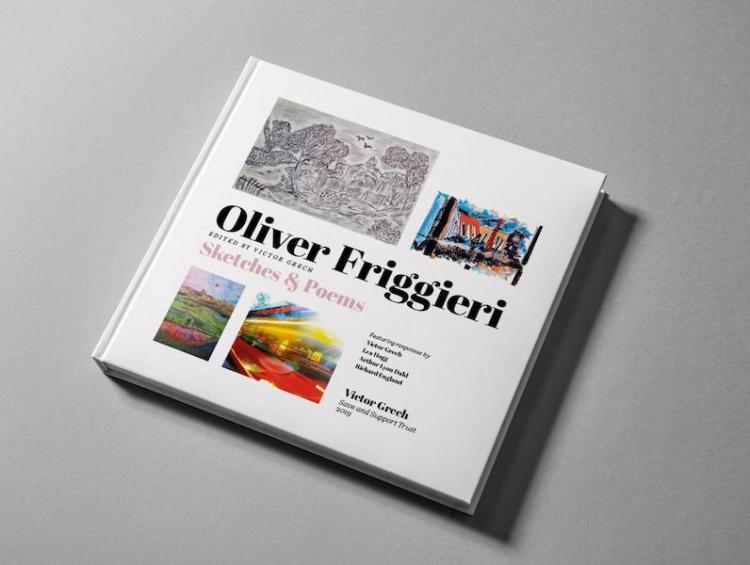 When I joined the Department of Maltese in the Faculty of Arts as a junior colleague of Oliver Friggieri, I was intrigued by the fact that during our (longish) staff meetings he would wile away the time drawing intricate patterns with his unpretentious ballpoint pen on whichever scrap of paper was within reach. He would then throw them away. After one of those meetings I asked him whether I could keep the drawing. He was surprised by my request but duly handed it over with a smile. And a disclaimer.

For him they were just doodles. But I couldn’t see them as “rough drawings made absent-mindedly.” The elaborate designs of his ballpoint rural landscapes reminded me of the tight, complex syntax of his critical work and his idealized Malta. They had nothing of the sophistication of his rich literary and critical language, of course. But there was something in them that conveyed the world view of a public intellectual that so many people admired. They were scenes from a rural landscape that predated the disorienting Information Revolution of the late 20th century and the sysematic destruction of our natural environment.

It was perhaps the publication of his novel Fil-Parlament Ma Jikbrux Fjuri (Flowers don’t grow in Parliament) in October 1986, just before that Information Revolution hit Malta, that established Oliver Friggieri as a leading Maltese public intellectual. Despite the co-option of the launch by the Opposition, the novel celebrates the lofty ideals and defiance of a lone protagonist hounded by the powers that be. Friggieri’s protagonist and alter ego Karlu Manju defends his right to free thought and resists both the gloss of normalization and the colonization of his mind. The police are annoyed by his refusal to conform but there isn’t much they can do to force him to toe the proverbial line.

Karlu Manju does not engage in public debates. Oliver Friggieri, on the other hand, embodies the public role of the intellectual, in line with Edward W. Said’s formulation, as “outsider,” as “disturber of the status quo.” Creating Karlu Manju, Friggieri’s ultimate “barrani” (like the stranger/outsider of his poem “Barrani” in this book) was both an individual act of dissent and a statement of (universal) principles.

But perhaps there is also quiet dissent in Oliver Friggieri’s scenes of quaint village life, of trees and leaves, when one sets them against the rabid overbuilding and dehumanization of public space that we have allowed to grip our tiny Independent island nation.

Edward Said talks about “the intellectual’s consciousness” as being “a spirit in opposition, rather than in accommodation.” The “romance, the interest, the challenge of intellectual life,” according to Said, “is to be found in dissent against the status quo at a time when the struggle on behalf of underrepresented and disadvantaged groups seems so unfairly weighted against them.” In his prose and poetry, and perhaps even in his seemingly nostalgic sketches, Oliver Friggieri voices this kind of opposition. He refuses to toe the line. And he reminds us that the role of the intellectual is, in Said’s formulation, “an individual endowed with a faculty for representing, embodying, articulating a message, a view, an attitude, philosophy or opinion to, as well as for, a public.” It means raising embarrassing questions, and confronting orthodoxy and dogma.