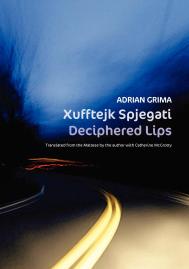 Euchar Gravina (b. 1994) is a London-based composer and music director.

Originally from Malta, his music is now performed internationally. He is currently showing great interest towards broad inter-disciplinarity as well extra-musical relationships to other fields such as architecture. Euchar’s compositional output also includes functional and liturgical pieces for choirs and instrumentalists.

Euchar is currently under commission to write for Oxford’s Christ Church Cathedral Choir through the Old Hispanic Office (University of Bristol), mezzo-soprano Marvic Monreal through the BOV Joseph Calleja Foundation as well the Valletta International Baroque Ensemble through Teatru Manoel, the National Theatre of Malta, and the Maltese Presidency of the European Council for 2017. Other current commissions include projects with the Malta Philharmonic, the Waterloo Festival, the Royal Academy of Music and the BOV Joseph Calleja Foundation.. Euchar’s music has been performed by the Malta Philharmonic Orchestra, Chroma, Trio Mirage, Blossom Street Singers and the Bristol Cathedral Choir, amongst others.

Euchar has been recently appointed Music Director at St. John’s Waterloo as well as music curator for the Waterloo Festival. He is also a singer with the London Symphony Chorus.

Euchar started his studies in piano performance and was a student of Gisèle Grima and Prof. Michael Laus, resident conductor of the Malta Philharmonic Orchestra. He also studied the organ with Wayne Marshall, international virtouso and conductor, as well as Rev. Albert Borg, former Maestro di Cappella of St. John’s Co-Cathedral (Valletta).

In 2009 Euchar was appointed organist of Coro Bel Canto and in 2012 was named one of the winners of the APS Bank National Composition Competition, with Stabat Mater (soprano, chorus, orchestra), written in 2011. The work was premiered by the Malta Philharmonic Orchestra and digitally released in 2015.

At the University of Malta, Euchar read Music at the School of Performing Arts where he graduated with First Class Honours and was also included in the Dean’s List. He completed his studies under the supervision of Dr. John Galea and Dr. Gordon Zammit. Euchar is currently enrolled at the Royal Academy of Music (London), where he is reading for a postgraduate degree in Music Composition, studying with Senior Professor of Composition, Simon Bainbridge, and Edmund Finnis. At the Academy he is also following classes in choral conducting with Patrick Russil, Director of Music at the Brompton Oratory.

Euchar is generously supported by the Janatha Stubbs Foundation, the BOV Joseph Calleja Foundation and is a recipient of Arts Scholarship, financed by the Government of Malta.