Adrian Grima and Ahdaf Soueif in conversation about Cairo: My City, Our Revolution at the VIIth edition of the Forum Mare Nostrum of the European Writers’ Council hosted in Malta by L-Akkademja tal-Malti on 11th April 2013 at the Grand Hotel Excelsior, Floriana. See the feature by Antonia Micallef on national TV, TVM News, on Saturday 13th April 2013  here. 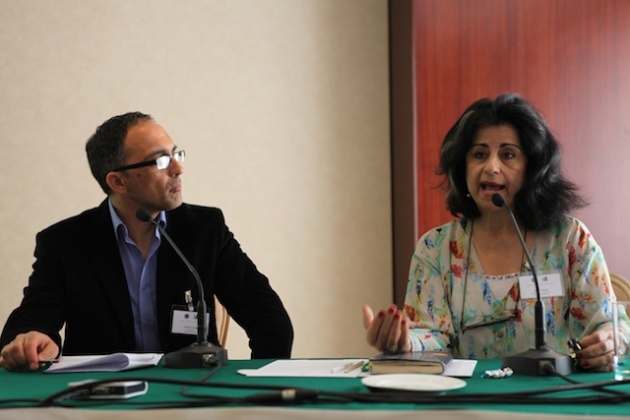 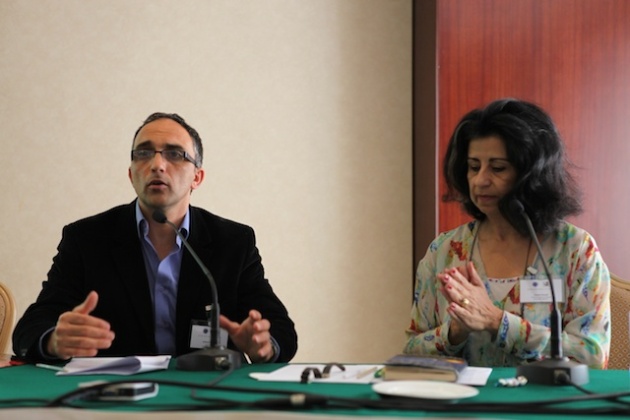 Ahdaf Soueif’s engaging but fast-moving account of the (ongoing) revolution that has swept Egypt off its feet, is a very authentic personal narrative that however manages to focus on the protagonists of these epochal events rather than on the writer herself. It is about the shabab, the brave young men and women behind “our peaceful, democratic, young, inclusive, open-source, grassroots revolution,” and the shuhada, those who have died to defend their freedom and dignity, to reclaim their country.

Cairo: My City, Our Revolution (Bloomsbury, 2012) is written with the perceptive eyes and uncompromsing honesty of a political and cultural analyst and the passion of a Cairene. It is written in the rich literary prose that readers worldwide have come to expect from an author who, with now classical works like The Map of Love, has made a name for herself as one of the best writers around.

Dr Soueif’s book about Cairo is about the revolution that started on January 25th 2011, but it is also, perhaps more, about the long, difficult process of turning this painful revolution into a longterm model of grassroots democracy for one of the most important countries of the Arab world, and the Mediterranean. She writes with verve about the “tired tactics of the Mubarak era” that are still “very much in play,” about “the attempts to sow division, to make people afraid of each other, of foreigners, of ‘outside forces’, of ‘infiltrators’, the harping on the need for ‘stability,’ the need to not frighten investors, to not ‘sully’ Egypt’s image abroad, the need to respect the state and its instruments.”

Her words sound as a warning to us too, who are often besieged by this only apparently innocent discourse by the mainstream media in the so-called free and democratic West. We are reminded that there are many voices to be heard, and that we have to make an effort to listen to them, because in our earthly paradise of free information and free expression, they are not often freely accessible. “This book,” she writes, “is not a record of an event that’s over; it’s an attempt to welcome you into, to make you part of, an event that we’re still living.”